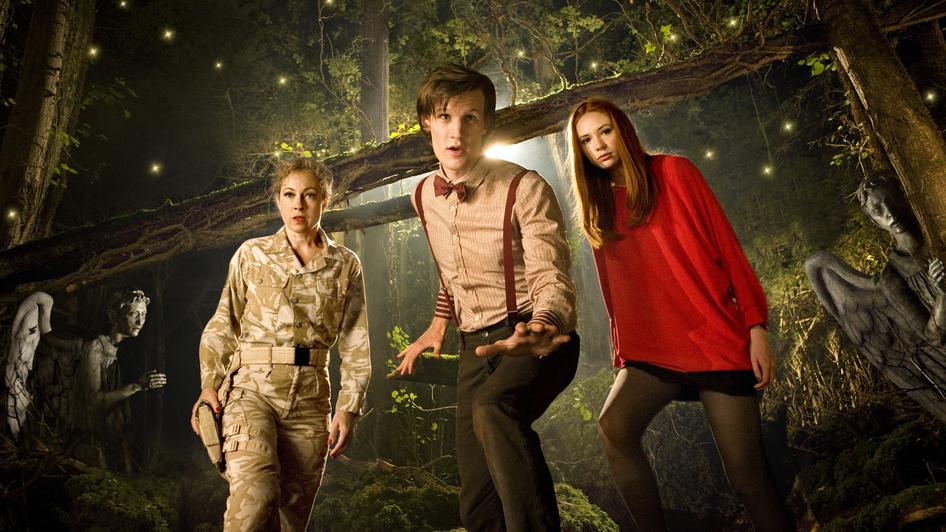 It’s kind of impossible for me to approach this without what I know now informing my experience of watching it… for instance, when the Doctor is getting Very Upset at the whole situation with Amy having to walk with her eyes closed among the Angels, and given that River is right there, I found myself saying aloud, and it would be really really bad if she died now.

And then there’s the Doctor’s interaction with River. To be more precise, I hadn’t watched Silence in The Library or Forest of the Dead when I first watched this episode, so there’s two specific things that I just could not have reacted to properly then:

I’m doing a quickie last-minute rewatch of Matt Smith’s run, but I’m not watching every episode, just what I feel is most relevant. In this particular case, mostly I remembered the sexy fish vampires, and how it was all kind of just a very campy romp… but to be honest, I probably would have skipped it. Except that it’s Rory’s first full episode, so it bears rewatching.

Anyway, this jumped out:

Oh, Rory. This may have been the moment I started to really like him. Right then, you see there’s so much more to him than what is immediately apparent, than we were left with from the first episode or from Amy’s cold feet. This is a smart, insightful guy, because this comment to the Doctor, this cuts right to his heart. And you know who else we saw cut right through to the things that haunt him, in a very similar manner? River Song, at the end of A Good Man Goes To War. Fitting, isn’t it? Of course, in her case, it cut deeper and was more on point… but Rory has basically just met the guy, but he still has the ability to be this insightful.

Not to mention, this speech was a really nice touch, because it takes what could have a pissing contest born out of nothing but jealousy and insecurity on Rory’s part and elevates it to something much nobler. Obviously, Rory is jealous and a little insecure by the Doctor and everything he doesn’t know about what went on between him and Amy, but in the moment he says this, you see that at heart all of that doesn’t matter. He loves Amy, he wants her safe, and that, as much as anything else, is the source of his wariness towards the Doctor.