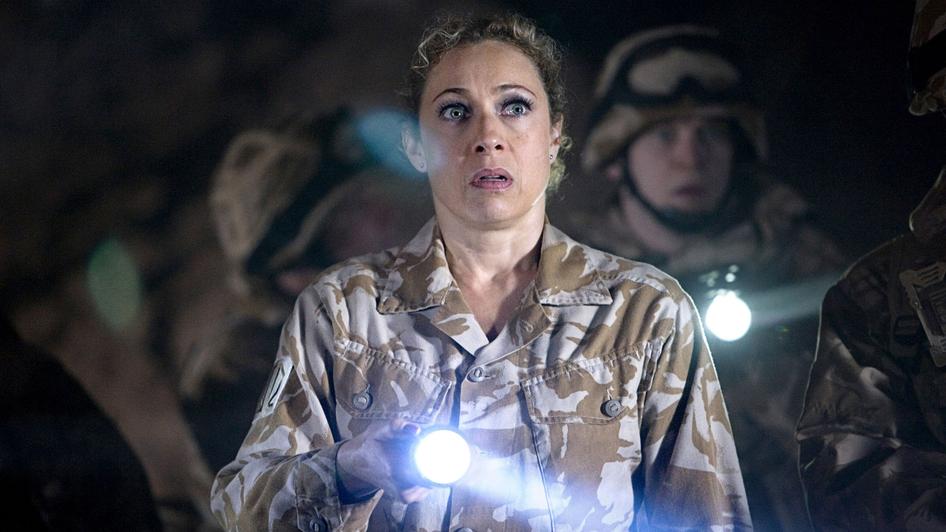 What made the biggest impression on me, at least what I was still most hung up on the next day, was the scene where Amy is locked in with the Weeping Angel that comes out of the video. That is NOT a fun thing to watch by yourself late at night, and I hated those damn Angels with a passion.

So obviously, they remain my favorite Doctor Who monster. Although now that I’ve gone back and watched Blink, I have to say that although they were technically less evil their first go around, they were somehow even worse (or even better, depends how you look at it).

And the other thing about The Time of Angels that left a mark was River Song. This was my introduction to her, and I’d say you have to be pretty impressive to leave a mark when you’re in the same episode as the Angels. From the first time I found the idea that River and the Doctor kept “meeting in the wrong order” intriguing, and the way she got under his skin was very very amusing. And yet, it’s really interesting to look back on it now, considering how at the time I really had no idea just how huge a part of Doctor Who she would really be.

Obviously, it’s impossible to watch this episode now without putting River’s every little interaction with Amy under a microscope in order to look for foreshadowing. Probably pretty useless, considering Alex Kingston didn’t know at the time.

And one final thought: the church (Roman Catholic, I assume) actually owning up to its nature and becoming a military institution is both a refreshing and very a fitting idea.