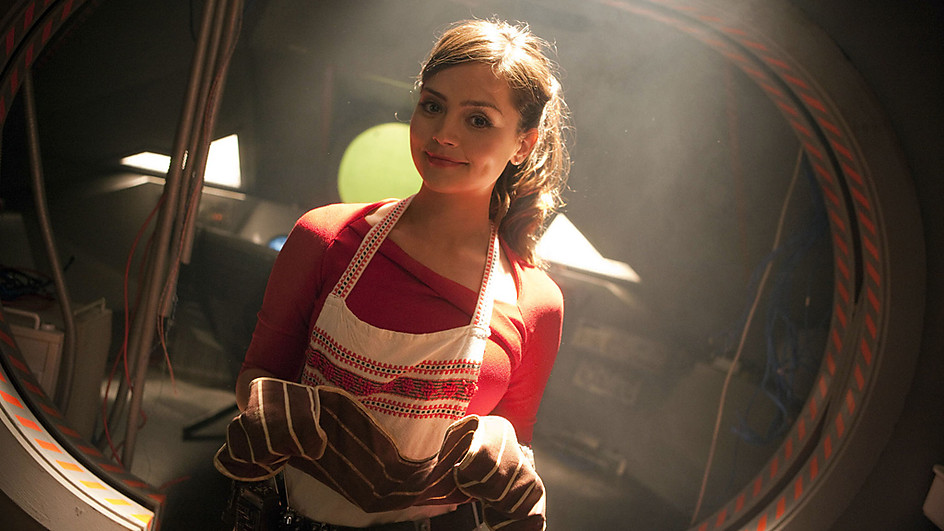 The daleks need the Doctor to break into the asylum where they send the insane, uncontrollable daleks and take down the energy field protecting the planet so they can destroy them. They kidnap him in order to that, along with Rory and Amy, because the Doctor should have companions, duh. They’re all given bracelets to protect them from the planet’s “nano-field”. As it turns out, Rory and Amy have goten a divorce since the last time the Doctor saw them, so there is that.

It turns out that a human spaceship crashed into the asylum’s planet’s awhile back. Most of the people aboard (dead or alive) were turned into “dalek puppets” by the nano-field, and since they manage to get Amy’s bracelet off, she’s in the process of being converted. Apparently they “take away” love and replace it with hate, so this eventually leads to Rory telling her to take his bracelet since, as he says, the central fact of their relationship was that he always loved her more than she loved him. Of course they get in a fight over it and Amy ends up admitting that the reason she kicked him out was to set him free because he always wanted kid, and as a result of Demon’s Run she can’t have more. Of course after this they make up.

The other element of this story was Oswin, an extremely intelligent young woman and the only survivor of the crash, who has been hacking into and messing with the asylum’s systems. The plan is for her to take down the protective force field and then for all of them to teleport into the TARDIS aboard the Dalek ship in orbit.

The Doctor goes to get her and when he finally reaches her it turns out that she’s a Dalek herself. She was fully converted instead of being turned into a puppet because of her intelligence, and because her mind couldn’t accept reality it created instead a waking dream, in which she is holed up in a room deep inside the asylum, still a human and wrecking havoc. The Doctor makes her confront the truth, and in the end what’s left of the human in her overrides the Dalek side and tells him to run so she can deactivate the force field while they teleport away. She also erases the memory of the Doctor from all Daleks (there was something in there about how their fear and hatred of him had ended up making them stronger, so there you go).

So, story aside, the elephant in the room is that Oswin (Jenna-Louise Coleman) was announced as the Doctor’s new companion, after Rory and Amy are no longer around (I don’t really want to think about what that implies). So this is not the last we’ve seen of Oswin. Given that in this episode, she’s been turned into a Dalek and dies at the end, it’s pretty safe to say that her joining the Doctor aboard the TARDIS will involve a bit of timey wimeyness.

What I wasn’t so crazy about:

Other than that one nitpick, however, Asylum of the Daleks was a ton of fun. I’m glad to have the Doctor back.