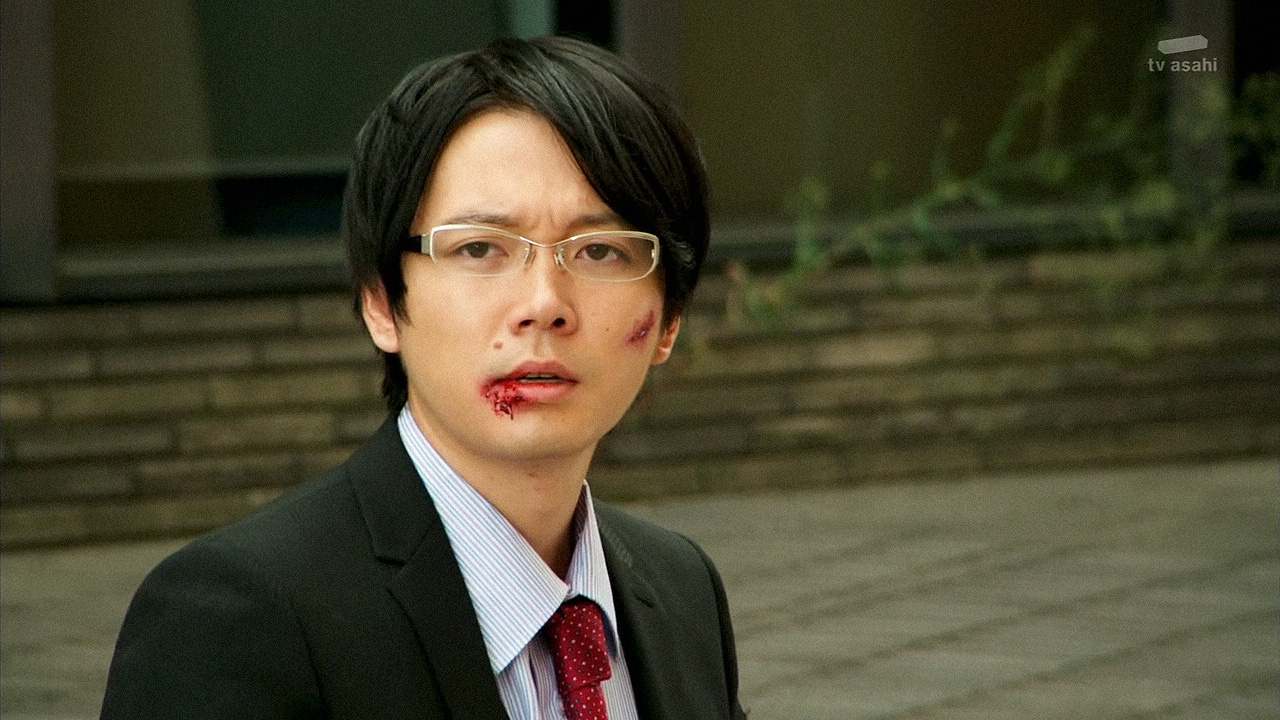 Caught up again! Episode 11 is the conclusion of Kizaki’s (first?) arc, and episodes 12 and 13 are more about Shunpei, and his sense of worth as Haruto’s self-styled apprentice… but I’m actually just going to focus on how they encapsulate the theme of Kamen Rider Wizard perfectly.

The conclusion to Kizaki’s 2 episode arc about his distrust of Haruto was, of course, exactly what we expected: he realizes that as a normal human who can’t use magic he can’t really fight the Phantom (he does show himself to be quite brave in the process, you have to give him that, whether you like him or not), and accepts that Haruto can. He leaves the protection of his dead partner’s son in Haruto’s hands, but, like Rinko before him, wants to go along and do what he can. I thought the moment when he asks Haruto to take him along was really nice. I think it’s one thing to accept that Haruto is the only one that can fight the Phantom, but it’s quite another to have the humility to acknowledge the fact that way.

Now I’m wondering if that is the extent of Kizaki’s story arc. He can’t really go back to being an antagonist, and he would certainly always play second fiddle to Rinko as far as being Haruto’s support in a law enforcement capacity; so is this basically all there is to say, or is there more in store for him? I certainly hope for the later, because these episodes showed him to be quite an interesting character.

As for the arc involving Shunpei’s upperclassman Tetsuya and the traditional sweets store where he’s an apprentice (episodes 12-13), mostly what I’ve got to say is that I like that this is the sort of show that doesn’t just fix everything at the end and have everyone return to business as usual. This could have all ended with the restaurant agreeing to do business with the store again, allowing Tetsuya’s boss to stay in business. Instead, the store, which was already just scraping by, definitely went out of business and Tetsuya’s boss had to sell, but he accepted it because his legacy would be carried forward by Tetsuya.

Go back through these first dozen or so episodes and you’ll see this theme again and again, not just in the story of the week(s), but in the main characters themselves. All of these people have had something taken away from them, maybe they’ve had to give up on a dream, like Shunpei, or they’ve had to stop holding on the past. Kizaki lost his partner, and his also had to swallow his ego. In Koyomi’s case, she had to give up her very sense of self; and Haruto lost his parents when he was just a little boy.

Loss is real and inevitable, it’s a part of life. We can either give in to despair when faced with it, or we can hold on to hope, accept our losses, and go on living with new purpose. This is the driving force behind Kamen Rider Wizard, and I really respect the show for being so frank about it.