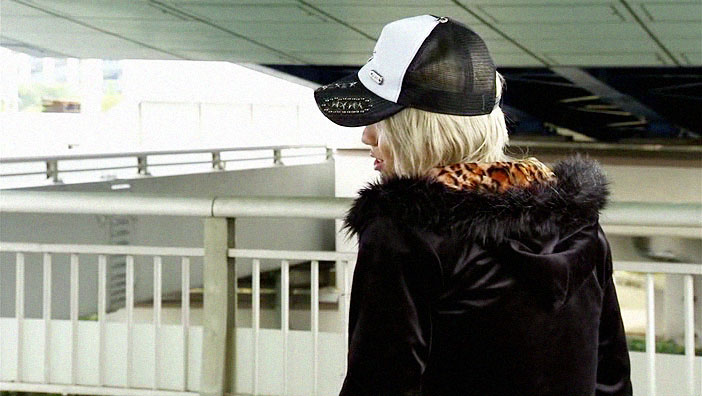 Catching up on blogging about OOO. About damn time! (I’ve actually watched beyond this point, but hadn’t goten around to blogging).

So episode 15 was basically set up for the events of 16. Notable (to me, anyway) things from this episode:

The Greed’s ambush happens on that one Bridge of Plot Advancement that Kamen Rider tends to revisit, doesn’t it? In particular, I kept remembering the battle in Ryuki after Asakura tricks Reiko into contacting his brother. Although there’s plenty of differences, there’s certain common elements: the Greeds ambush the Kougami Foundation caravan, and although Reiko, Shinji and Ren were bringing Asakura’s brother, the way he shows up is ambushy; there’s a certain melee, chaotic feel to the entire battle; and there’s the element of betrayal, although in Ryuki it happens before the battle, and in OOO after. So does this sort of make Cazali the Asakura of OOO?

This all certainly does definitely draw a line in the sand and set Cazali on a different level from Uva, Mezul and Gamel. As he says, it’s about evolution, and he’s got his eye on the big picture, while they’re only really concerned with what’s in front of them. I’m really enjoying Cazali as a villain, in any case.

I enjoyed the fight that Ankh and Eiji had after falling in the river. I’ve gotta assume that they had both probably been really wanting to be able to throw a punch or two. Probably cathartic.

There was Ankh kinda sorta in a way putting in a tiny bit of effort to keep Hina out of harm’s way. Obviously she’s going to remember he did that, and it’s going to color her perception of him.

Finally, Cazali’s plan is revealed. He wanted to gather as many Cores as he could  as part of Dr. Maki’s experiment to see what happens when the power of the Core Medals is harnessed in one vessel. In the end he tricks Gamel into being that vessel by telling him that Mezul (from whom Cazali has taken all but one Core) wants him to have her Cores. So he takes them in and the stage is set for episode 16.