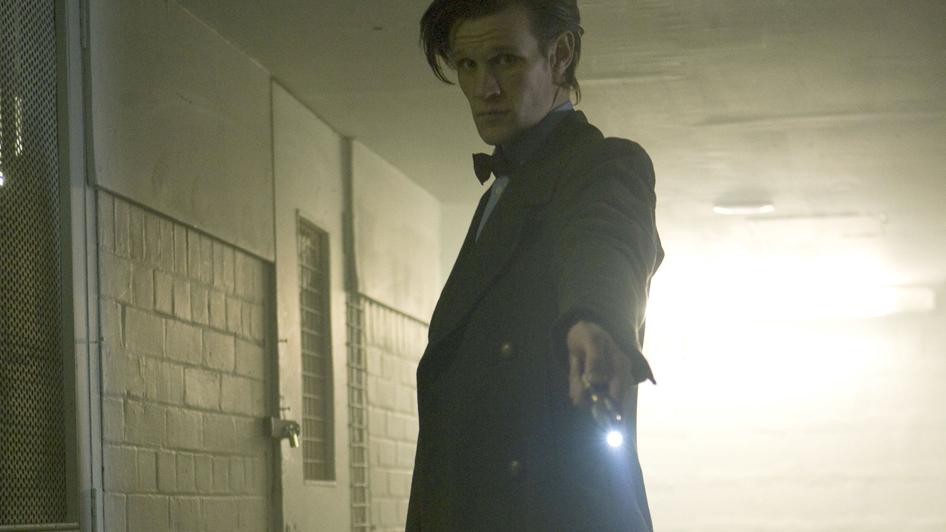 The first episode of this series told us where and when the Doctor dies, we’ve been heading there for 13 episodes, and yet the moment the Doctor reveals that that day is tomorrow, it’s a surprise. In large part because that means we’ve skipped over 100 years* of the Doctor’s life, and that I was not expecting.

*Probably quite a bit more. I don’t remember exactly, but I’m not going to go check and expose myself to potential spoilers for the last episode.

And from the way he’s behaving, despite all his impulses, it seems like he’s actually managed to stay alone ever since he said goodbye to Amy. It explains why he seems a little more somber, a little sadder. The Doctor loves people, and being alone so long must have hurt. Particularly when he’s clearly spent that time reminding himself that the reason he’s choosing to stay is because he puts people in danger. And it’s true of course, but it’s also true that once there is danger there’s no safer place than with him, like Craig reminds him.

Maybe those days aren’t quite over yet.

It’s just really bittersweet, the way he says that, the way he reluctantly agrees to one last caper with a human companion.

So, time for The Wedding of River Song.