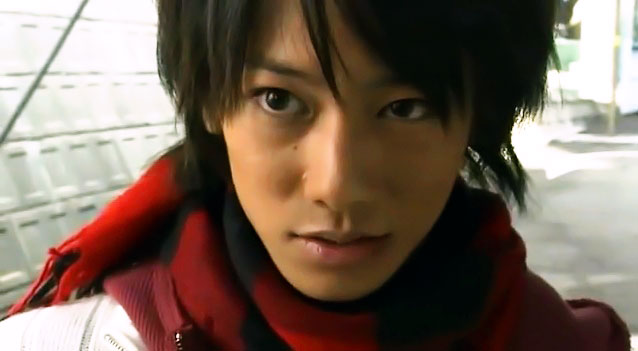 But anyway, thoughts while watching ep 1:

Finally, one last observation about Kobayashi tropes… it struck me while watching Momo fight the Imagin as Den-O that his whole speech about how he doesn’t care about the Imagins’ goals, how he was bored but was simply fighting whoever because it was fun, that at least as a starting point his motivations were really similar to Asakura’s and Juuzo’s, who were also driven just by their desire to fight.

Of course, the difference is that Momo actually has a heart that isn’t a shriveled little black thing, and whether or not he was being completely truthful about his motives then (which he wasn’t, because he was also driven by self-preservation, at least), his association with Ryotaro is going to change him and redeem him… if he even had to be redeemed in the first place, while Asakura and Juuzo were always past the point of no return.

Funny how the Imagin is more human than either of them, isn’t it?