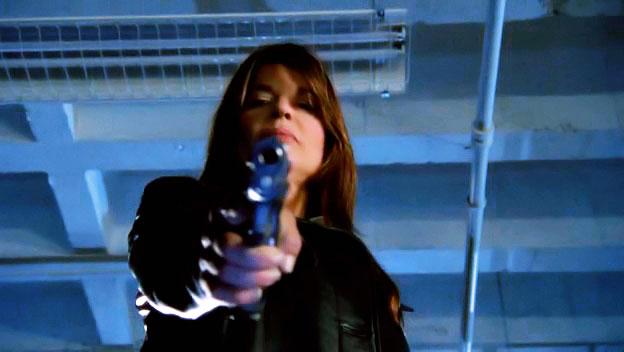 Been computerless since Friday. Logic board is fried, yay, and it will be a week and a half before it’s fixed. Anyway, makes blogging hard.

However, I just watched the Chuck season premiere and just had to make a little post about it, because it seriously was just the definition of awesome. XD

I have to admit that I have a complicated relationship with Chuck in that whenever I’m actually watching I invariably love it, but sometimes, I don’t know, I forget that, get behind and end up losing track of the story. I actually didn’t watch about half of last season, although I did watch the finale. I thought the twist with Mama Bartowski was intriguing; being a huge Alias fan, I invariably compared it to the SpyMommy, Irina Derevko, and was interested to see what Chuck did to differentiate Mama B from Irina (or alternatively to play homage to her, because that is a big part of Chuck).

Anyway, I’ve been keeping up with casting spoilers, so I know about Linda Hamilton as Mama Bartowski, which I have to admit was great casting. After watching the first episode, may I just say that so far the execution does fulfill the promise of the casting, and Mama B is one badass broad. Well done, Chuck. I am definitely on for the ride this season.

Although the search for her drove the episode, as it reportedly will drive the season, the woman herself was only onscreen a short time… the rest of the episode, however, was equally awesome.

Quick points, because my lunch break is nearly over: