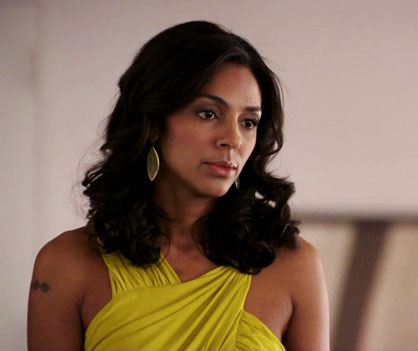 I realize this is premature, but I have this urge to call this the best episode of White Collar so far. At very least, potentially my favorite, because it had so many delicious character moments, and it was just so much fun.

And Diana is the first thing that comes to mind that made the episode great.

Just like Neal said, “It’s good to have her back”, and not only did we get background on her, Diana and Neal make a hell of a team, in so many way. They have great chemistry, and it was such a great little play on the Going Undercover As A Scorching Hot Couple trope, since usually we’re meant to take the chemistry at face value and read it as a couple that should be together but maybe isn’t; except in this case, yes, scorching hot, except not so much with the meant to be together, considering.

(By the way, we better meet Diana’s girlfriend at some point.)

Beyond that, though, the episode makes you realize that Diana and Neal will make great friends. I say “will make” because I don’t believe they really are yet, but they really built the foundation in this episode, not just with their heart to heart but with how much fun they have together. Neal is very playful, and I think brings out a very similar playfulness in Diana. And the two of them teaming up at the end to gang up on Peter was great.

And obviously, beyond that, great female characters are always a good thing, and Diana is awesome, not mention that she’s also badass and beyond capable. But then, the White Collar women all tend to be great characters.