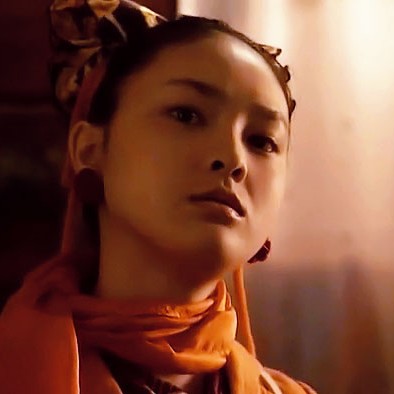 These two episodes feel kind of fillery, basically rehash how Urataros is a lying bastard that just wants to go out and bang chicks, and how this gets Ryotaro in trouble. As far as the main story arc, I suppose it introduces rather obviously, in retrospect, the idea how forgetting those we love is an unfortunate thing, even if it saves us pain. And then it gets even more obvious when Ryotaro flat out tells Airi that she shouldn’t forget either, and asks if she really doesn’t remember about the telescope.

(For the record, I know about Airi’s past because I’ve watched past that part, and I know a little bit about Yuuto’s dilemma, because I’ve been a little spoiled, but only a little. So please if you’re going to comment, and I love comments, no specific spoilers about Yuuto.)

I find it amusing, going back after watching a good portion of the series, how often Den-O alludes to the bigger themes of the series in random places (Yumi in this arc, the street musician’s song in a previous one). Obviously on a first watch you don’t really catch them since you don’t know what’s coming. That’s part of what I like about rewatching. Even if this is only a half rewatch for me.

ETA: Disabled comments on this post due to spam.