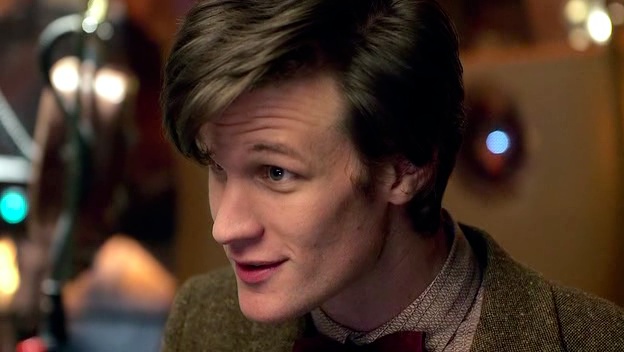 So, I kind of decided yesterday to watch the first Doctor Who ep with Matt Smith… and since then I have watched the first eight episodes of the season. :D;;

So basically, I haven’t really watched Doctor Who before, other than the first few Eccleston episodes, which I liked, but then I got distracted. And since, I’ve never goten around to watching because the thought of all that catch up is daunting.

But since I loved Sherlock so much, I thought, oh well, why not just watch starting with Moffat’s Doctor Who? So if I like, I can just go back later.

(Hmmm… this kind of reminds me of how I fell down the slippery slope of toku fandom… oh, I’ll just watch Decade… and maybe finish Kabuto while I’m at it, and 6 months later I’ve watched most of the Heisei Riders and Kamen Rider has totally eaten my brain).

Anyway, love the Doctor himself. Amy is awesome. Rory is, somewhat to my surprise, since I didn’t expect it from the first ep, awesome himself. The time travel aspect of the story is fun and intriguing and nicely complicated… my favorite example of it so far is the Doctor’s story with River. The idea of two people who “keep meeting in the wrong order”, so that their story is in her past but in his future, is really interesting and thought provoking (and of course, at some point this will reverse, and the story will be in his past and her future… it’s kind of a never-ending loop, if you think about it).

And those angels where the creepiest, scariest thing I’ve seen in quite awhile.

5 thoughts on “Watching Doctor Who”