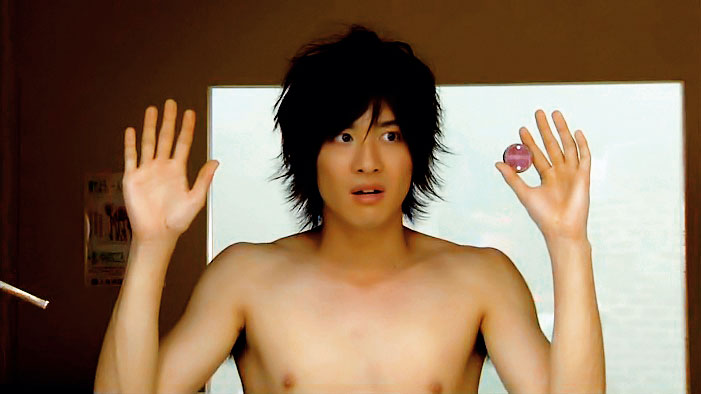 Watched Os 1 with subs. Still don’t like the OP. :D

In general terms, there’s not that much I actually missed when I watched the raw. One thing was that Eiji slept through the chaos at the start because was drugged, not because he’s a flaky slacker. Also, that there will be consequences to using the belt.

As for things that are clearer on a subbed watch: Biggest thing is that through his own words, Ankh made it exceedingly clear that his intention is to use and manipulate Eiji for his own ends… I mean, I assumed, but I didn’t know 100%. I like how he totally lies to Eiji’s face about how he’s impressed with him and that that’s why he’s going to help him.

Things that I forgot to mention on the previous post: The beginning of the episode itself, although much goofier, definitely reminded me of Kuuga and Agito. In fact, now that I’ve rewatched and thought about it, I’ve gotta wonder if, the obvious trappings linking it to Kabuto aside, it might not actually owe a lot more to Agito and especially to Kuuga, at least as far as the hero goes. The more I think about it, the more that Eiji reminds me of Godai. Food for thought, I guess.

One last thing. In light of the fact that our protagonist has no attachments and thus no desires, I find the Greeed’s line about how the Yumy is the embodiment of a human’s desires (and thus their true self) very intriguing.

And finally, if when analyzing a certain type of hero, we talk about “Christ figures”, would it be appropriate to speak about Buddha figures when talking about a certain other type of hero? Ultimately I have to admit Eiji himself, from this angle, was one of the things I found most intriguing from the press release before the series started. :D