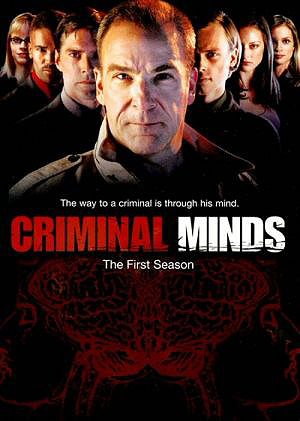 Spencer Reid is adorable, possibly my favorite character? It’s him or Garcia. Since I’m also watching current episodes, it’s really interesting to compare Reid in season 1 and Reid now. It’s a very subtle difference, but he’s definitely matured and gained… a sort of social confidence. He’s still very much an introvert, but he seems a little less in his own little world. And in season 1, one of the things I found interesting was how the interaction between him and Morgan evolved from Morgan, the cool guy (not that cool guy, obviously… sorry, tokusatsu joke), giving the “weird kid” a hard time, to Morgan seeming to take more of an older brother role… meaning he still gives him a hard time, but also watches out for him and listens to him and gives him advice.

Speaking of Morgan, I ship him and Garcia like it’s on fire. And Garcia is awesome. I loved when she summarily threw Elle’s coffee in the trash for daring to put it carelessly down in HER space.

Elle herself I’m kind of eh on. I think the actress sometimes lacked emotion, basically, and she didn’t seem to have much going on beyond generic badass brunette. And yes, I much prefer Prentiss.

As for Gideon, well, I love the character. The Princess Bride is my favorite movie ever, so of course initially I was just very amused at Inigo Montoya being an FBI profiler, but it certainly speaks to how good an actor Mandy Patinkin is that I stopped thinking of him as “Agent Montoya” very quickly… made me appreciate the character of Jason Gideon himself, outside of the amusing reference, very quickly.